Should you use a slider on your homepage?

Homepage sliders have been around for a while now – they were one of those things that were suddenly everywhere thanks to some easy to install jQuery plugins that were made widely available a few years ago. They are so commonplace these days that many a new client simply assumes that their new site will feature an image slider on the homepage.

From a website owner perspective, they might seem like a no brainer. You get to wow the visitor with some lovely large images and direct them off to different parts of the site. They look flashy. They feature nice animation. They highlight great content. However, is this actually the case? Do they help? Or do they have little to no impact… or even worse, do they annoy? 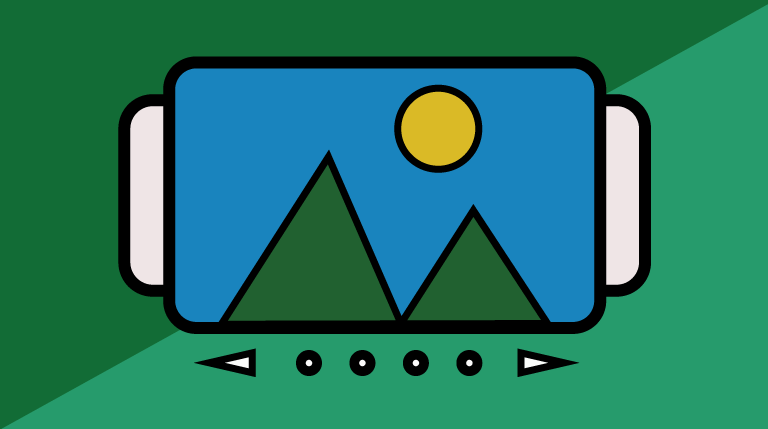 There is certainly a lot of hard evidence to suggest that sliders are a bad idea. From a UX (user experience) viewpoint, it has been found that sliders can result in a bad experience for the user, especially in the case of sliders where the content changes automatically. Another major issue is when a slider takes up a large portion of the screen and it’s not obvious that there is content residing below. This can result in the user simply clicking away from the site. Large sliders can also have a jarring effect on the user – as the animation can be overwhelming and confusing when not triggered by a user action such as a mouse click.

From a web development point of view, sliders also don’t show up in a favorable light. Many slider plugins use far too much code with most of it being redundant due to features within the slider not being used. So the site needs to load a lot of code, most of which is completely unnecessary. Large sliders also need large images and large images use up a lot of bandwidth – slowing down the site, made even worse by the tendency for sliders to be placed at the top of the homepage (which gets loaded first).

But what about the click through rates – do sliders help in converting visitors such as getting them to buy something or send an enquiry? Again the evidence would suggest otherwise. Most sliders tend to have a terrible to no click through rate with visitors tending to skip right over them or leaving the site due one of the reasons outlined above.

So is there any reason to keep using the humble image slider? I actually think so. Like any tool in the web development tool box, sliders do have their place. I think one of the main problems with them is the way they are implemented – and like anything else on the web, poor execution of a solution is ultimately a bad solution.

First off, it’s a question of requirement. Is a slider going to be of some use on my website. Is it going to add to the user experience? Is it going to help with the actual bottom line? Sometimes, especially in the case of an eCommerce website, the answer to this is yes.  As long it’s its implemented correctly. This means no auto slide, or have the slider pause while user hovers their mouse over the slider, so that if there is something of interest on a particular slide, the user has time to actually read it – and maybe decide if they want to click through to that bit of content.

Next the design and layout of the slider is a big consideration. Does it have obvious controls? Can you swipe it on a handheld device? If it’s large and takes up a lot of space, it is obvious that there is more content on the page? Are the images being used optimised so that they load quickly? Has the code been implemented to ensure efficient loading with redundant code given the heave ho? If these are all considered, you are going some way to making the slider work for you.

Lastly, with sliders – less is more. Sliders that use less slides load faster and arguably have better impact. They are also a lot less confusing to the user than a slider using 8-12 slides.

My conclusion is that the vast majority of sites out there using sliders are doing more harm than good. I think sliders can used effectively but only under certain conditions. I feel that many sites use them without giving due consideration to their drawbacks. As an alternative, I feel that the simple ‘hero’ image – where you use a large image on the homepage with some text and maybe a button overlaid on top, is a much preferable option (much like the homepage of the Inner Circle website) This avoids all of the problems outlined above, keeps the message simple and clear and can often get the desired click though that we need for a conversion.

If you have any questions regarding your own website and how you could improve it, please contact us for a free consultation.

Back to notes
Talk to us about your project
Our Services